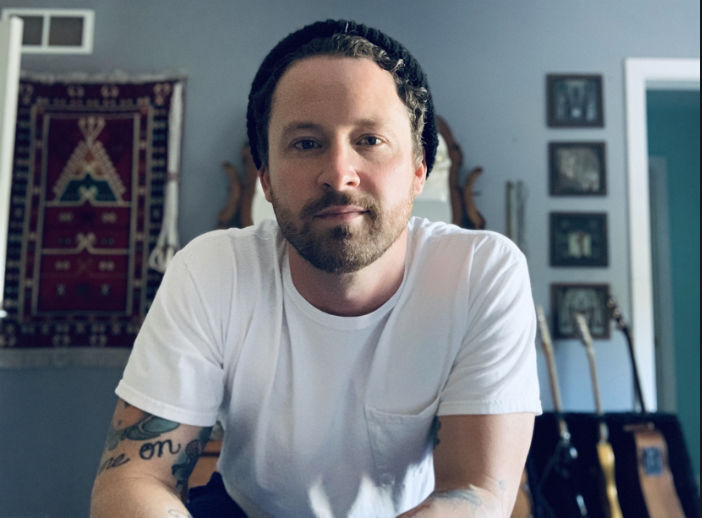 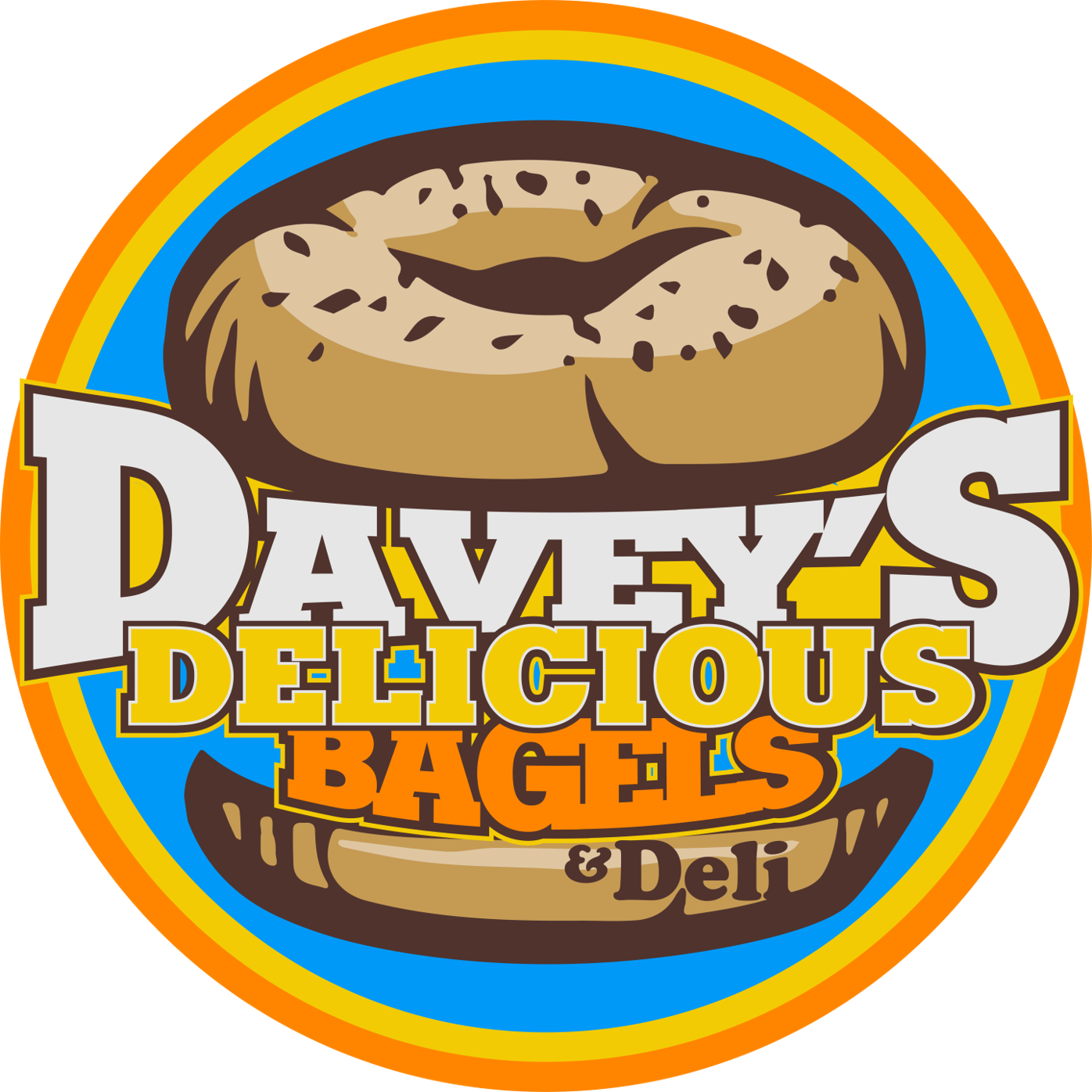 Davey’s Delicious Bagels will be adding “and Deli” to its name. 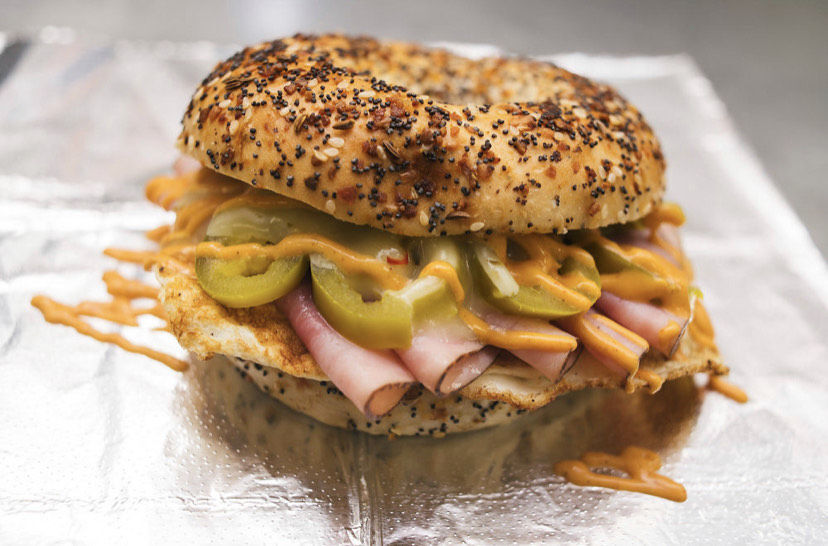 Tickets are still available for Elkhart County Symphony and Goshen Brewing Co.'s Bows and Brews fundraiser that will earn the winner free beer for a year.

Davey’s Delicious Bagels will be adding “and Deli” to its name.

Tickets are still available for Elkhart County Symphony and Goshen Brewing Co.'s Bows and Brews fundraiser that will earn the winner free beer for a year.

I had my hunch, but I didn’t know how much was happening.

Davey’s Delicious Bagels is taking over West Central Coffee at 1006 Broadway, Fort Wayne. With the change to a full-service restaurant will be the addition of “and Deli” to the name and logo and some expanded hours.

Owner Davey Heritier’s business is another startup ready to take flight from CookSpring, a shared kitchen at the Summit, 1025 W. Rudisill Blvd., Door N, where it has had curbside pickup only because it hasn’t had a storefront.

Heritier, 39, a Columbia City native who left Northeast Indiana in 2001, said he plans to hire four people for the new endeavor.

He hadn’t planned on opening the storefront during the COVID-19 pandemic, but the opportunity fell into his lap, he said.

“My goal was to move into a storefront eventually,” Heritier said. “But initially I was just fixated on getting my name out there, getting the brand out there and making people as aware of the product as possible.”

Then an article came out that talked about “my goals and aspirations for what I saw in the future for the restaurant and I said moving into a storefront and being active in the community and having live music and having local artists’ art on the wall, and just making a community hub” attracted the attention of the landlords of the coffeehouse property, St. John’s Evangelical Church.

“They reached out and said, ‘Hey, everything you want is what we want.’”

The two sides felt it would be a good mix, one that will begin Feb. 16. Heritier currently is open 8 a.m.-noon Tuesday-Sunday as a one-man operation, except for help from one person on the weekends. With the change, he plans to expand the hours to include afternoons weekdays and evenings on the weekend. He’ll streamline the Utopia coffee selections and offer some sparkling water and other beverages and still have curbside service.

Davey’s says it’s, “Specializing in STEAMED BAGEL SANDWICHES unlike anything else in Fort Wayne, Indiana. Why would I say they’re delicious if they weren’t SO DAMN DELICIOUS!?”

So I looked at its Wood Farms Sausage Celebration: a quarter-pound of Wood Farms breakfast sausage, a griddle egg, banana peppers, pepper Jack, provolone, and American cheese, on a plain bagel. My stomach was growling and Davey’s food can be delivered by Waiter on the Way. Heritier plans to remain with the delivery service.

I wondered if he would change the name of his 07 — a GK Baked Goods Everything bagel, griddle egg, turkey bacon, avocado, American cheese — because it’s moving to a new ZIP code, 46802?

“I’ll probably keep the name of the sandwich out of homage to where I started,” Heritier said. “The 07 was absolutely wonderful to me and very, very receptive and courteous and hospitable and every wonderful word that I can possibly come up with that neighborhood has been.”

He’ll probably add an 02 sandwich when he expands the menu, he said.

After leaving the region, Heritier lived 9 years in Indianapolis, 10 years in Atlanta and was in Los Angeles for a year, where he was looking to open a deli.

“I’d always toyed with the idea of coming back to Fort Wayne,” he said, though growing up he usually only visited the city for sports events or mall shopping and planned on spending the next decade in LA. However, things changed.

“COVID, as it did for everyone else, kind of came in and had other plans,” he said.

He was running with a cousin who’s in commercial real estate who told him about the hot market in Fort Wayne. After talking to old friends and family and getting a lot of support for the idea he did some research and visited.

“Every time I came back it just felt better and better,” he said.

He moved back in August and opened Davey’s in mid-November.

Take a Chance on your valentine

Owners Corey and Amy Bowers spent time in Chicago that included working at Michelin-recommended HB Home Bistro for 5 years before returning to their hometown.

Chance Bar, in my old 46807 neighborhood at 4301 Fairfield Ave. that many may remember as Hartley’s, but I grew up with as the Dairy Mac.

The Bowers have cooked up quite a feast for those who enjoy seafood, fowl or beef. Start out with Blue Pointe Oysters or Wood Farms Beef Tartare, try the Local Potato and Leek Soup or Shaved Cauliflower with a Seared Foie Gras add-on before the Duck Meatballs, Shellfish Stew, Wood Farms Double Bacon Hoosier Burger or Seared Atlantic Scallops, before finishing off with the fourth course of Ricotta Doughnuts (lemon and pomegranate) or Chocolate Bark for dessert.

Maple Leaf Farms in Leesburg is inviting consumers to take their taste buds on a culinary adventure around the world with its new social media campaign #ExploreDuck. In the coming weeks, the company’s social media content will feature recipes and cooking techniques for popular duck dishes from different cultures around the globe.

“We recognize that travel not only allows people to experience different landscapes and landmarks, but it also helps them discover different flavors and cuisines,” Maple Leaf Farms marketing manager Olivia Tucker said in a news release. “Those who are longing for these unique experiences can join us in exploring delicious dishes from Europe, Asia, South America and beyond—all from the comfort of their own kitchen.”

So get ready for some Duck a l’Orange, Arroz con Pato, Duck Poutine, Duck Shakshuka and more. The campaign will begin with Asian dishes including Peking Duck, Duck Potstickers and Duck Baos through Chinese New Year. It’s the Year of the Ox, but, so what?

“Duck Baos are a new product from Maple Leaf Farms that feature a traditional soft, dumpling stuffed with roasted duck, green onions and hoisin sauce,” Tucker said. “The Baos are a bite-sized spin on Peking duck, so they are perfect for any Dim Sum meal or Chinese New Year’s celebration.”

Check out more at the company’s online store at shopmapleleaffarms.com. The Baos are also available to restaurant operators through distributors.

A year of beer

The Elkhart County Symphony is partnering with Goshen Brewing Co. on the Bows and Brews fundraiser. Participants have a chance to win a GBCo. growler with a free refill every week for a year.

Dunkin’ has free coffee for members on Mondays

It has been hot cocoa weather for me, but for coffee drinkers, Dunkin’ has a special offer for the month of February.

Members can stick with their go-to Dunkin’ brew, such as Original Blend or Dunkin’ Decaf. Or discover the recently introduced Dunkin’ Midnight, “Dunkin’s darkest roast ever with notes of decadent cocoa, and Explorer Batch, a medium roast featuring dark berry flavors and a smoky finish,” according to the company.