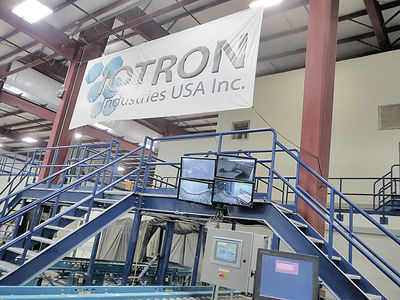 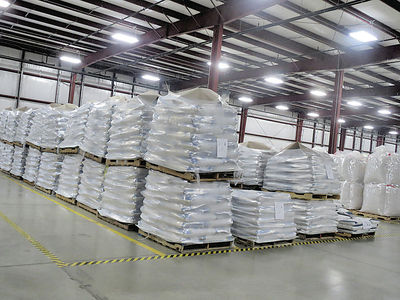 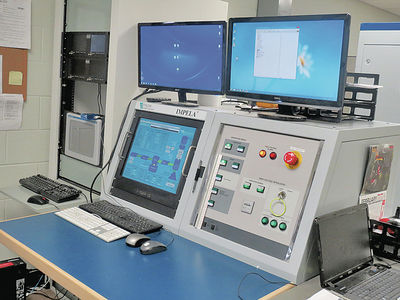 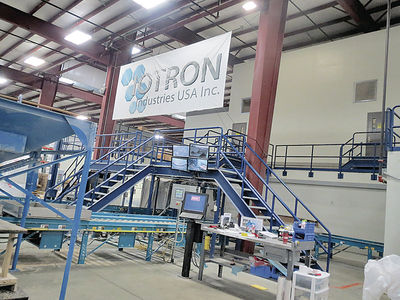 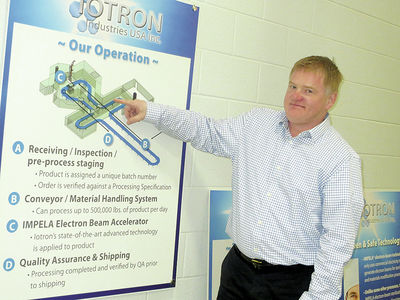 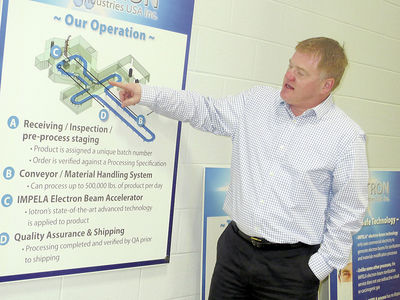 Housed in a modern, but modest, building in the Park 30 industrial park on the edge of Columbia City, Iotron Industries provides both high-tech and high-touch services to clients as diverse as medical device makers, agricultural businesses and automotive manufacturing.

But it was a gap in the area’s supply chain for medical device providers that helped bring the British Columbia-based business to Whitley County in the wake of the Great Recession.

A 2009 discussion, prompted by the state’s BioCrossroads initiative, highlighted the need for a company who could provide sterilization services to the area’s medical device manufacturers, recalled Alan Tio, president of the Whitley County Economic Development Corp.

Tio then posed a question to the Northeast Indiana Regional Partnership: “There’s a supply chain gap. How do we get creative about addressing that?”

Through contact with another company here, economic development leaders learned Iotron had decided in 2008 to build a sterilization and materials modification facility in the U.S. In collaboration with Adams, Wells and Wabash counties, Whitley was able to put together a package of $7 million in recovery zone facility bonds – available to those counties as part of the federal stimulus program – to help lure Iotron to Park 30. The county also created a tax increment financing district that was a key part of the incentive package, Tio said.

Iotron uses an IMPELA (industrial materials processing linear accelerator) electron beam generator to sterilize medical devices and to improve the strength and durability of some plastics used in those medical devices.

Geographically speaking, Whitley County was a perfect location for Iotron.

“We already had some existing relationships with some Warsaw clients,” said Jeff Blakely, who was operations manager at the company’s Vancouver facility and now manages the Whitley plant. “We saw some greater opportunity there as that market continues to grow.”

Electron beam technology also can be used to sterilize agricultural materials such as feed and bedding.

“It’s the same application where you are applying the electron beam to reduce the bacteria,” Blakely said.

Its materials modification capabilities can also be applied to improve materials used in auto manufacturing. As such, Indiana’s strengths in agriculture and manufacturing made it an ideal place for Iotron to locate.

The idea of irradiating materials to sterilize them is not particularly new. Iotron, founded in the late 1980s, opened its first plant in Vancouver in 1993, using technology developed by Atomic Energy of Canada. It later bought that technology and now controls the patents.

“It’s a system that simply is very manageable,” Blakely said. “Very controllable. Its only consumable is power. You’re not dealing with having to use chemicals. There’s no heat so it’s very product friendly.”

One of Iotron’s chief competitors uses a different form of ionizing radiation that requires a radioactive isotope. That requires much more significant management and regulatory compliance, he said.

Iotron’s 50,000 square facility was built at a cost of about $15 million, $7 million of which paid for its specialized equipment. The linear accelerator itself is housed behind 10 feet of concrete and products to be treated are moved in and out on conveyor belts.

The sterilization process usually can be completed through the packaging, so Iotron is the last stop for many products before they go out to users.

Iotron opened its doors in March 2012 with five to six employees. Business has doubled each year and it now has 19 people working on two shifts, Blakely said.

“Right now, we’re working on a couple projects that could push us into the need for a third shift,” he said.

The building sits on nine acres, providing enough space to double it if needed. Should the company move more into food sterilization, for example, that might require a separate space.

Iotron’s sales people and tech people work closely with the companies they serve to develop and refine products and processes.

“We look at ourselves more as a partner, not just a vendor,” Blakely said. “We have a very experienced team here that’s very versatile, that maintains that communication (with the client.)”

Workers at Iotron have a range of skills, some very technical, and it likes to hire and grow from within, Blakely said.

“It takes a while to develop people here,” he said. “I would say it’s a relatively niche market…in terms of people who have those skill sets in the industry it’s relatively small so you have to do a lot of on the job or internal training.”