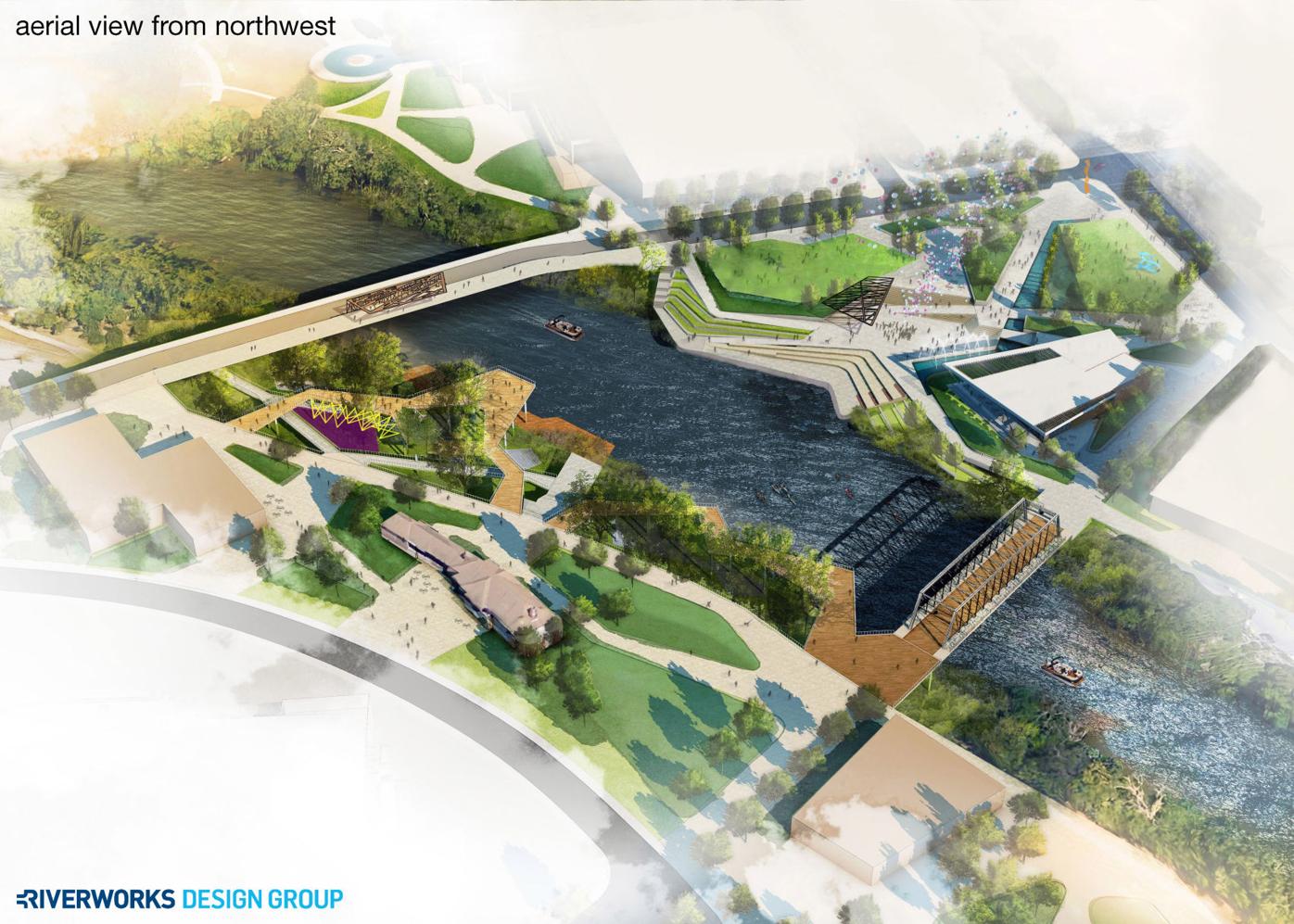 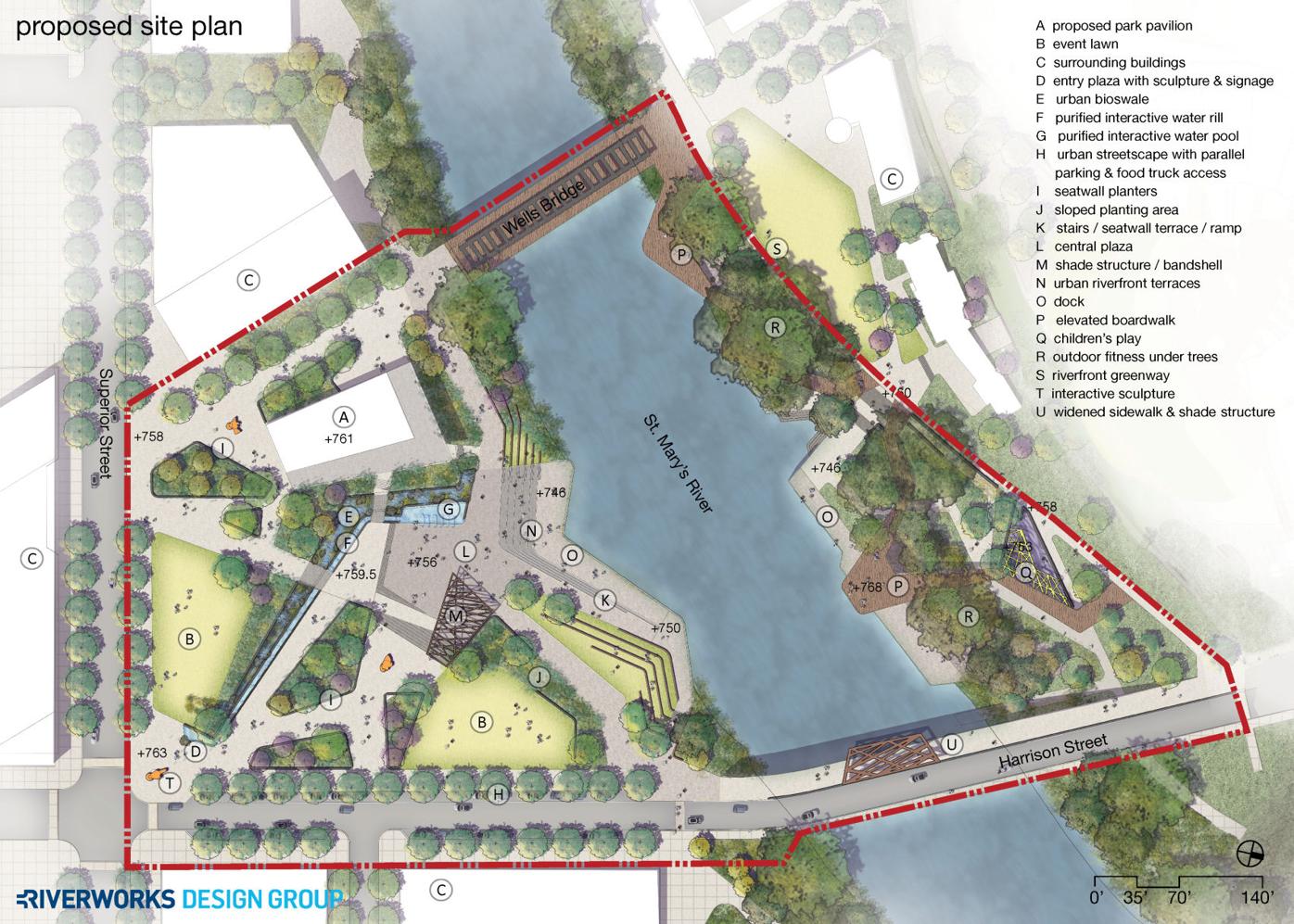 The $20-million construction project would be completed about a year later, the mayor said as he unveiled schematic designs for the first phase of the proposed development.

The Fort Wayne Board of Park Commissioners has filed an eminent domain lawsuit as part of the acquisition of three properties along Superior and Harrison streets needed for the first phase of the project. In addition, a contract for final design, engineering development, construction documents, project bidding and construction administration is scheduled to be introduced to City Council on July 12, with possible discussion on July 19 and possible passage on July 26.

The $1.7 million contract is part of the $6 million in Legacy funding previously approved by City Council. Other funding sources could include Regional Cities money and private contributions. The Community Foundation of Greater Fort Wayne, a partner in the development, has committed to provide $3 million toward the riverfront implementation efforts; and the Allen County-Fort Wayne Capital Improvement Board has set aside $3 million to be used for property acquisition.

Al Moll, director of the Fort Wayne Parks and Recreation Department, will lead the development efforts.

An informational session for the public to learn more about the schematic designs, the new branding materials and the next steps in the project has been scheduled for 5:30 p.m. July 7 at the Arts United Center, 303 E. Main St.