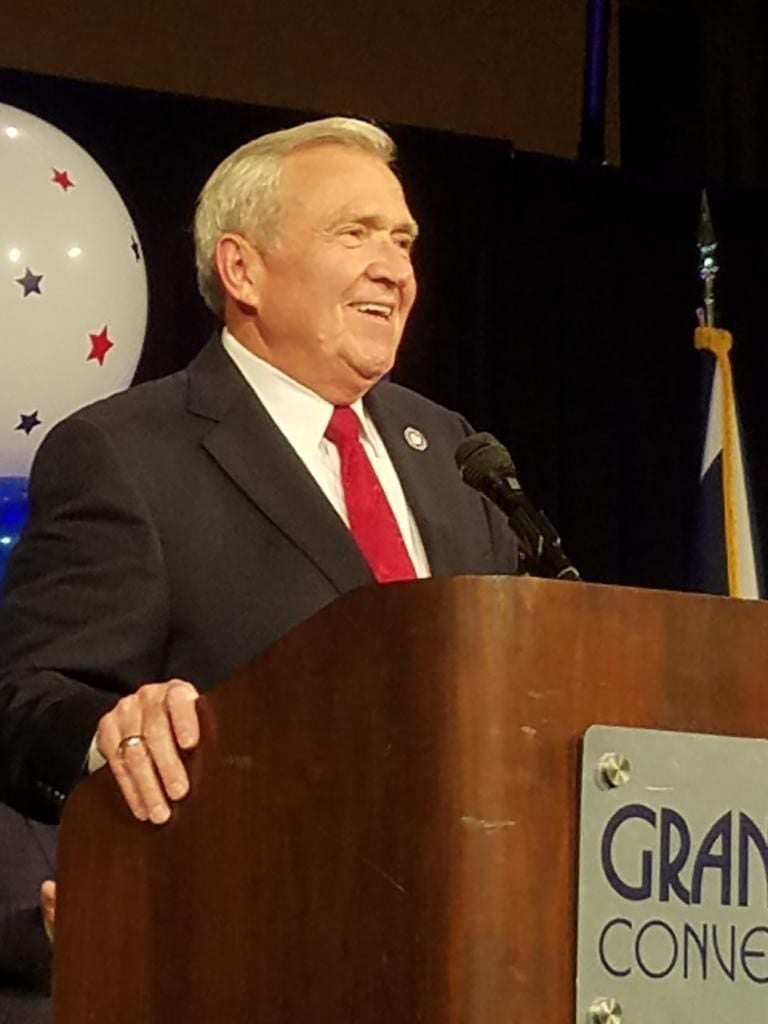 After receiving a resounding vote of confidence from the electorate Nov. 5, and winning his fourth straight term, Fort Wayne Democratic Mayor Tom Henry reiterated many of his and the city’s accomplishments over the past 12 years before he turned to the future.

Before outlining plans and goals, he told Democrats gathered at the Grand Wayne Center, “So, my friends, what’s that saying? ‘You ain’t seen nothing yet.’”

Among his ideas for the next four years in office is a challenge he plans to put forth to local employers: paying employees $15 per hour, which he considers a living wage.

Henry also said he wants to focus on health issues. “My friends, we’re not as healthy as we should be,” he said. Specifically he wants to target obesity, Type 2 diabetes, and a high infant mortality rate. “We can do better than that,” he said.

Another goal is to create an arts campus “second to none.” He wants to expand trails, with the ultimate goal of having a continuous trail from Pokagon State Park in Steuben County to {span}Ouabache (pronounced Wabash) State Park in Wells County. {/span}

And he plans to put together a committee to look at ways of finding alternative energy to power local government buildings.

With all 211 precincts reporting to the Allen County Election Board, with 30.57% of registered voters casting ballots, unofficial results are as follows, with absentee ballots included in the totals:

In May, about 14.4% of registered voters went to the polls.

With 1,797 votes, Republican Steve McMichael had 65.4% of the votes to defeat Democrat Darren Peterson, who had 949 votes, or nearly 34.6% of the total, a strong lead that McMichael maintained throughout the night. McMichael will succeed Terry McDonald, who did not seek another term.

Since Mayor Tom Henry was elected in 2007, here are the voter turnout numbers for the general elections. Years with congressional and presidential races often see higher turnouts. "

"Early voting was very high for a municipal election," Beth Delug, director of elections noted in an email. "We had 14,966 people vote before Election Day, either by machine or absentee paper ballot, which represented almost 8% of the total vote."