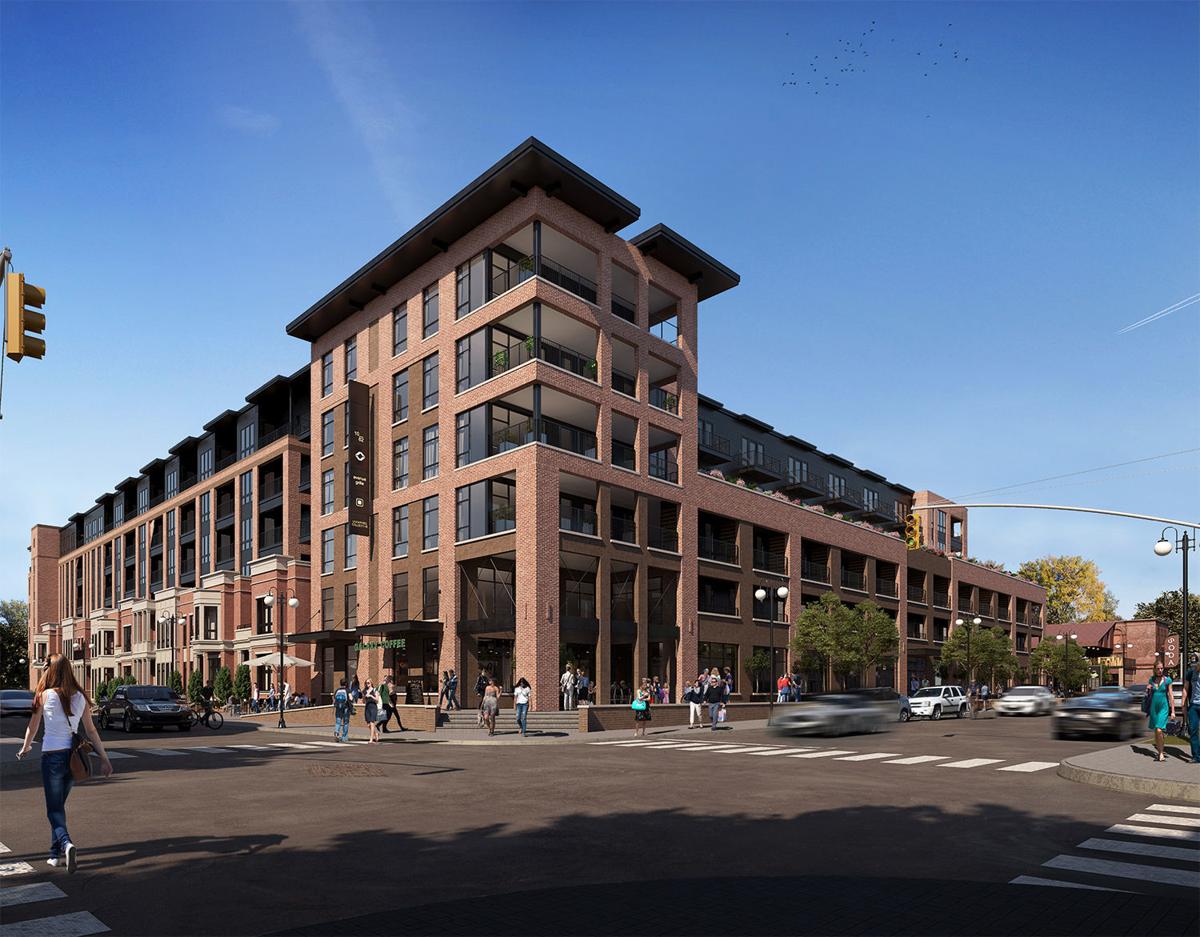 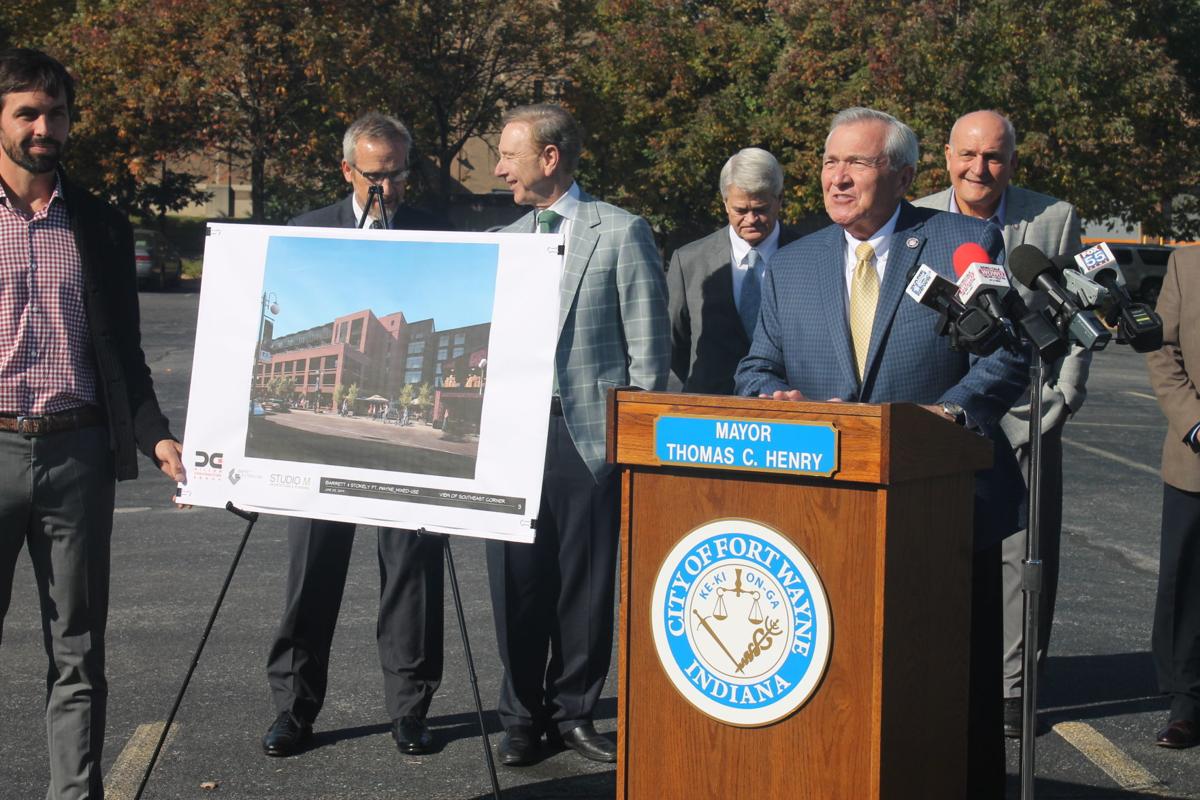 Mayor Tom Henry announced Oct. 10 that an economic development agreement is in place for the Lofts at Headwaters Park, which will be built at the corner of Clinton and Superior streets downtown, where a parking lot currently is located.

Mayor Tom Henry announced Oct. 10 that an economic development agreement is in place for the Lofts at Headwaters Park, which will be built at the corner of Clinton and Superior streets downtown, where a parking lot currently is located.

A proposed development bringing more housing, retail and parking downtown took a big step forward Oct. 10 with the announcement that an economic development agreement has been reached.

The Lofts at Headwaters Park will be built on what is now a parking lot at the northeast corner of Clinton and Superior streets. It will be just south of the Headwaters Park pavilion and next to Club Soda, 235 E. Superior St. The $67.5 million project will include 232 apartments, 12,000 square feet of retail space and a parking garage. Construction should start in early 2020 and will take two years to complete.

Henry noted the two projects together represent $140 million of additional investment in Fort Wayne. The fact that Barrett & Stokely is investing in two projects “speaks volumes about our city,” he said.

Barrett said the firm’s involvement started with a meeting at Club Soda. He and others spent quite a bit of time touring downtown and were impressed by what they saw. “Being up here and seeing what was going on was what really piqued our interest,” he said.

“Fort Wayne hit all the boxes,” he continued. “They were at the top end of all the things we consider. ... We can’t really express how excited we are to be here.”

Even with all the housing being built downtown Henry is confident there’s room for more, and it can be filled. “They did quite a study,” he said of Barrett and Stokely. Henry noted that two fairly recent apartment buildings, Cityscape Flats and Skyline Tower, are full.

Barrett said they initially thought the apartments would be most attractive to younger people, but was surprised at the interest from people who are looking to downsize. For that reason, these apartments will be slightly bigger than what Barrett & Stokely normally would build, to help people transition to less square footage.

With a 651-space planned parking garage, the building, once it’s finished, will provide extra space for parking for festivals and other downtown events. The current surface lot that now sits where the development will go has 260 spaces.

But there will be a gap of two years during construction when no parking will be available at that location. “Obviously we have some logistics to work out,” said City Councilman Geoff Paddock, D-5th. He’s also executive director of the Headwaters Park Alliance.

Henry agreed. “We’re going to have parking challenges for a year or two as they build this,” he said.

Aside from Paddock, other City Council members were present, including John Crawford, R-at large, and Tom Didier, R-3rd. Crawford praised Didier for encouraging the construction of Parkview Field downtown, which was the initial catalyst for downtown development.